See Me Hear Me or A Potpourri of Elephant Photos, Videos & Stories

The family of Steve Irwin, including his widow Terri and his daughter Bindi Irwin, have honored the legacy of the wildlife conservationist by joining the efforts of two elephant conservation programs, through the Ministry of Forestry & the Taman Safari Indonesia, <> to establish Asia’s first Elephant Hospital in Indonesia. While not named after the renowned Crocodile Hunter, the late Steve Irwin’s dream has finally been fulfilled through the auspices of the Australia Zoo in Queensland, his former home.

Located in the Way Kambas National Park (WKNP) , Lampung, in southern Sumatra, (providing sanctuary for our elephants, though now home to only 200 pachyderms <>) this facility has been hailed as the “pioneer of elephants’ health care.” <> Named the Prof Rubini Atmawidjaja Hospital **, it has actually been in operation since 5 November 2015,  though the planning and “physical development” <> had been ongoing for at least 4 years prior to that opening day.

At an estimated cost of 10 billion rupees (US$ 1.11 million) ++ this special hospital, constructed on “a 5-hectare plot of land,” (12.355 acres) ++ will treat Sumatran elephants that are sick, or injured through human-elephant conflict, or who become maimed when caught in poachers snares. It will also serve to facilitate research for elephant conservation and provide routine medical treatments to other species of wildlife in keeping with WKNPs purpose to protect, rescue & care for orphaned or injured wildlife.

Australia Zoo Has or Expects to Contribute to the Elephant Hospital

This “facility is designed to prevent the extinction of the Sumatran elephant” ++ by helping to  further the efforts of elephant conservationists to save the species, the Sumatran elephant, which has, sadly, now been upgraded by the WWF  & The International Union for Conservation of Nature and Natural Resources (IUCN)  to ‘critically endangered’ from its previous ‘endangered‘ designation. ++

“Some experts estimate the species could disappear within 30 years.” ++

But with the efforts of conservation authorities (educating locals “to preserve the elephants’ habitat, and to not ‘hunt them'”. ++ )  and with ongoing support by the Steve Irwin family’s Australia Zoo,  & support from other elephant conservationists around our planet, this grim truth for the future of our Sumatran elephants could very well be reversed.

Image: CC Flickr: by LisArt, baby elephant in Sumatra, looking at you, ele drinking at water hole behind her

“Since his tragic death more than 13 years ago, Steve Irwin’s family has worked to carry on his conservation efforts. His wife, Terri Irwin, recently revealed that the family has officially finished work on fulfilling one of Steve’s greatest dreams. ‘We just — just — finished one of his greatest goals which was to open an elephant hospital in Indonesia … In Sumatra, when elephants step on a landmine or they get caught in a snare there was no hospital to treat them, and we now have just opened an elephant hospital, so it’s pretty special’, Terri Irwin, via Buzzfeed News.”
“The Australia Zoo in Queensland reportedly helped construct and provide staff for the Sumatra elephant hospital. ‘Steve dreamed of opening an elephant hospital after witnessing first-hand the issues they were facing in the wild’, Australia Zoo spokesperson, via Buzzfeed News.”
“According to his daughter, Bindi Irwin, the elephant hospital is just one of many projects they’ve continued in honor of Steve’s “legacy”. ‘We have projects all over the planet about that he was so passionate about that we’ve continued. Helping rhinos and cheetahs in Africa, tigers
in Sumatra — it’s so important for us to continue Dad’s legacy and what he loved the most, which was wildlife conservation’, Bindi Irwin, via Buzzfeed News”

<> “The First Ever Elephant Hospital in Asia Established in Indonesia”

**”The Elephant Hospital was named Rubini Atmawidjaya for his merit in dealing with the conflict between citizens and wild elephants decades ago.”

Images: CC Flickr:  by cindy47452 The Crocodile Hunter Steve & Terry Irwin in boat with crocodile; Bindi Irwin by Eva Rinaldi Celebrity Photographer & by LisArt baby elephant in Sumatra, looking at you, ele drinking at water hole behind her;  by CC Wikimedia: Tip of Sumatran elephant’s trunk appears out of the water in a man-made lake in Way Kambas National Park, East Lampung, Lampung Province, Indonesia 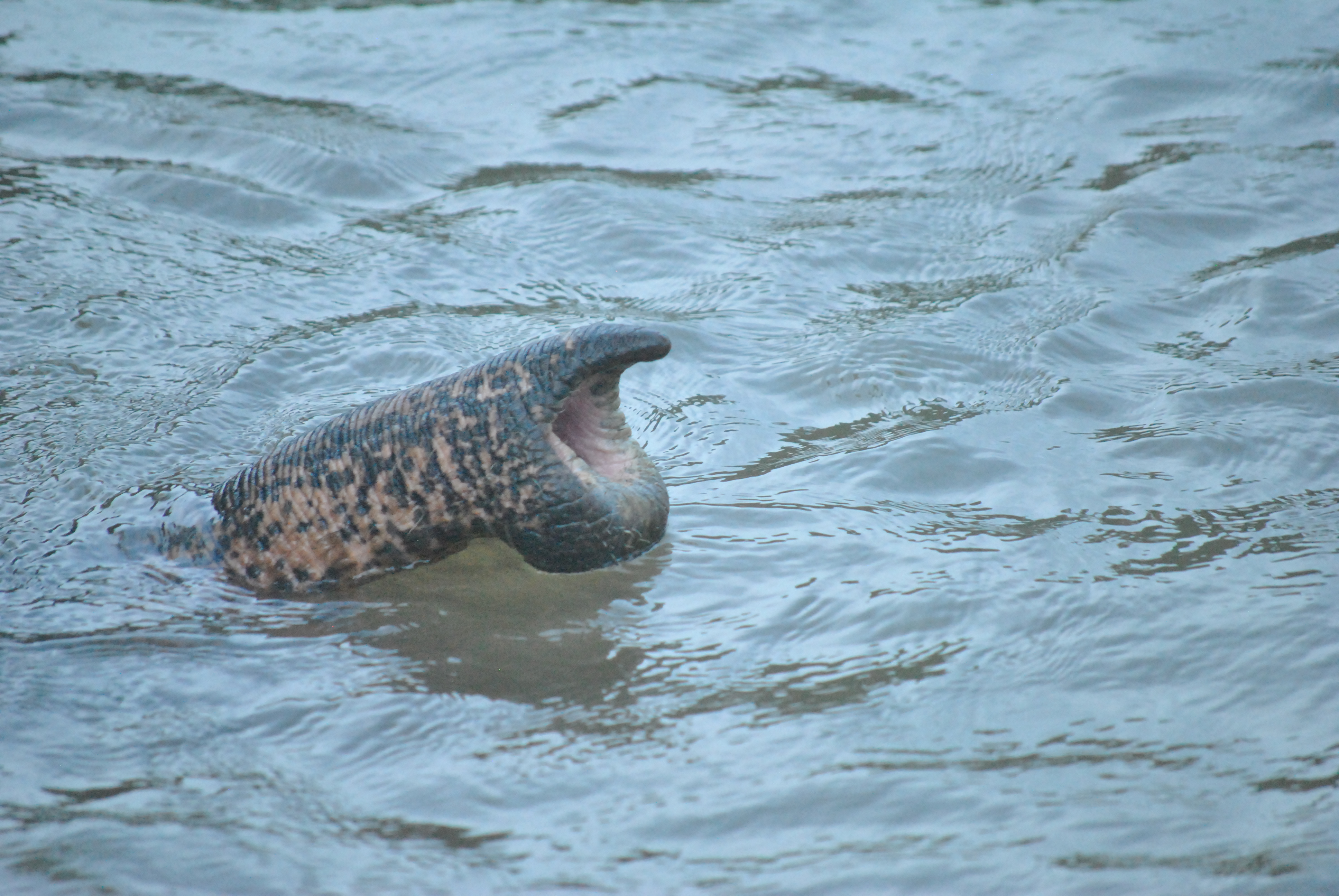 © 2015-2020 Savannah Crisp and Elephant Spoken Here. Unauthorized use and/or duplication of this material (content and images labeled ©ElephantSpokenHere) without express and written permission from this blog’s author and/or owner is strictly prohibited. Excerpts and links may be used, provided that full and clear credit is given to Savannah Crisp and Elephant Spoken Here with appropriate and specific direction to the original content.